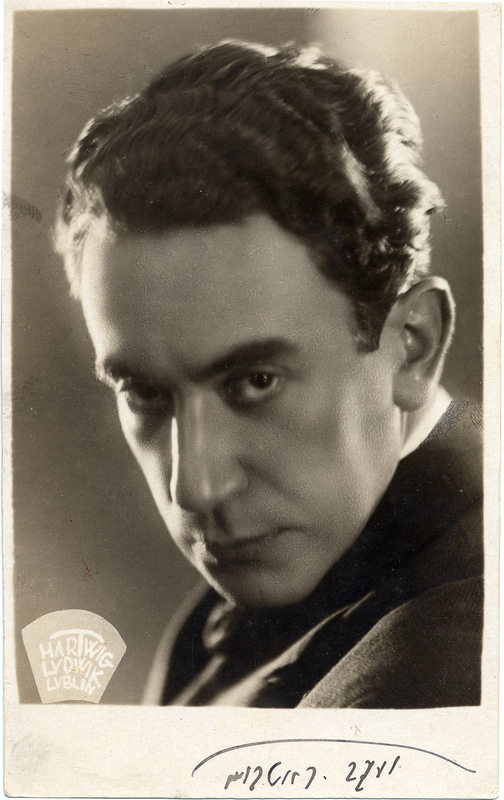 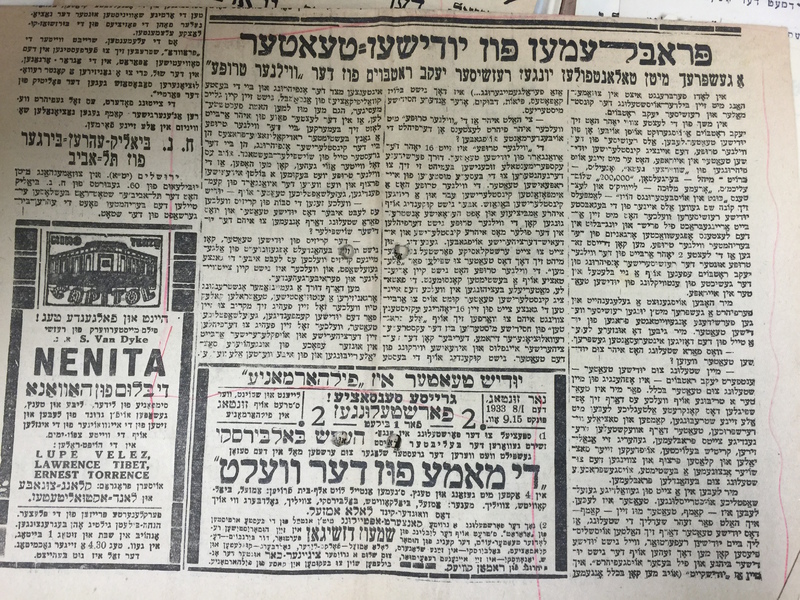 Rotbaum, Jewish theatrical director and painter, was born in Wroclaw. He was the older brother to Lia (Lisa) Rotbaum, a choreographer and director whose name also recurs in the programs of the Esther-Rokhl Kaminska Collection. After high school, he attended the School of Decorative Arts, The School of Fine Arts and the Film School in Warsaw. In 1923, he went to Berlin to study painting and met with the Vakhtangov Theatre. He made his directorial debut in 1925, acting as an assistant director in Warsaw’s Azazel cabaret theater, and the following year "The Post Office" also in Warsaw. In 1928, Rotbaum was commissioned by a private Jewish film producer from New York to direct a documentary film on Jewish life in the small towns and villages of Poland.

While in Moscow in the same year, Rotbaum completed drama studies and, in particular, focused on the workings and directing methods of the famous Soviet theatre of Meyerhold Tairow and Stanisławski. After returning from Moscow in 1929, Rotboym began his professional career staging Eugene O'Neill plays with the famed Vilna Troupe. During this time in Europe, many productions he directed were filled with dramatic conflicts that seemed to evolve from the sociopolitical themes of the day. In 1930, he directed the troupe in a number of successful productions including a Yiddish translation of All God’s Chillun’ Got Wings by Eugene O'Neill.

From 1930 to 1938, Rotbaum devoted much time to his other passion, painting, and he organized exhibitions of his own work in many Polish cities (Warsaw, Łódź, Katowice, Lublin, Vilno, Kovno, Róvne, Gdańsk, and others). His work comprised characteristic portraits: Jewish, Polish, Russian, Ukrainian, peasant-types and a large collection of theatrical portraits (the majority from the Jewish theatre), such as that of Itzik Manger (1901-1969) and Nahum Zemach, founder of "Habima”, Shlomo Mikhoels (1890-1948) and many others. Throughout his life, Rotbaum continued to paint the Jewish faces he remembered from his youth; this work received numerous awards.

EXCERPT: Over the past two years, Yankev Rotboym rose to the top of the of Jewish theater life. As a director of the Vilner Troupe, the only artistic Jewish theater in Europe, and with his productions of O’Neill’s Black Ghetto, The Mill by Bergelson, Sholem Aleichem’s 200,000 i[nter alia]...has made a name for himself as one of the most talented Jewish directors who has introduced with much fresh blood to the recently into the recently weakened organism of the famous Vilner Troupe. We can say that the Vilner Troupe, under the direction of Rotboym, over the last two years, has turned a new page in the history of the development of the Yiddish theater in Europe. We have used this opportunity to have a discussion with the young director about a diversity of weighty questions regarding the Yiddish theater.

What is kind of approach do you take toward Yiddish theater?
My approach to Jewish theater depends on my approach to theater generally. For me, the theater is a pulpit which must reflect the concrete, daily life with all its aspirations, struggles and social contradictions, theater must present burning issues of the day, submit them to analysis, and critical illumination, uncover their class and social visage and force the audience to take a definite and defined stance to tackle the problem. We are living in a time of the revolutionary social upheaval. Theater is life. Life is struggle, theater must be struggle. The belief that “Yiddish theater should confine itself to Jewish repertoire because one can always see non-Jewish plays on the non-Jewish stage” is very injurious. I believe that “yidishkayt” (if one should even invoke such a generalization) is not just payes, kapotes, dybbuks, and other Hasidic mysteries.